Mind Your Language: Why Words Matter

This is a guest post by my friend Marie Ennis-O’Connor. I asked Marie to share a patient’s view on why it’s important to stop using the language of war in healthcare.

The problem with war metaphors and cancer

Are you in some form of combat with a serious illness? Are you fighting cancer? Or battling heart disease? Do you know someone who has “lost their fight” with serious illness and died?

It seems whenever I hear a story about someone with a life-threatening illness, war metaphors frequently accompany the telling. This is particularly true of the language surrounding cancer, in which battles must invariably be valiantly fought, won, or lost.

The trouble with using this particular kind of metaphor to describe cancer is it takes no account of the sheer randomness of the disease. 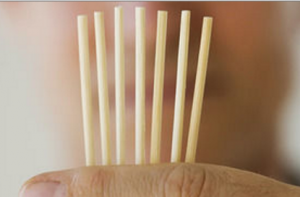 Using a statistical model that measures the proportion of cancer risk, across many tissue types, scientists from the Johns Hopkins Kimmel Cancer Center published a study in 2015 which concluded that two-thirds of the variation in adult cancer risk across tissues can be explained primarily by “bad luck.” In other words, a major contributing factor to cancer is in fact beyond anyone’s control.

By this reasoning, no amount of fighting or battling cancer can affect its outcome. Commenting on the study, the researchers said, “many people have found relief in this research. Cancer has a long history of stigmatization. Patients and family members frequently blame themselves, believing there was something they could have done to prevent their or their family member’s cancer. We have heard from many of these families and are pleased that our analysis could bring comfort and even lift the burden of guilt in those who have suffered the physical and emotional consequences of cancer.”

There exists a prevailing attitude to cancer which treats survival as though it were somehow an act of will, rather than a complex medical process.

Not a game of winners and losers

I’ve lost count of the number of times I’ve read about patients who are in remission from cancer, having “won their fight” against the disease. This implies that these patients have somehow done more than those who aren’t in remission; or that death from cancer is somehow an indication of failure – of not having had the moral courage to fight and defeat it. Journalists seem incapable of writing an obituary without resorting to the “lost fight” metaphor. And yet, as seasoned cancer researcher, Dr. Michael Wosnick, observed in an opinion piece prompted by the death of film critic Roger Ebert, “cancer is not a game of winners and losers.” By this reasoning we attribute survival to a reductive formula – if you live you “win” and if you die you “lose.”

“What other diseases or condition do we cede this kind of power to?” asks Dr. Wosnick. He goes on to point out, “if someone suffers lifelong hypertension and eventually dies from a heart attack, do we ever say in the obituary that he/she “lost his/her battle with high blood pressure”? Then why do so many deaths from cancer get reported as “after a long struggle/battle, so-and-so lost his/her battle with cancer”? It’s not quite “blaming the victim” but it does have ring of placing the ultimate responsibility for having died in the hands of the deceased.”

Cancer is an illness, not a military campaign and yet the language of cancer continues to be infected by connotations of war.

The language of war pervades

In The Personal is Rhetorical: War, Protest, and Peace in Breast Cancer Narratives, Dr. Kristen Garrison writes that the language of war which dominates breast cancer discourse pervades every aspect of the experience and determines how the patient and others understand the illness.

“Women are enlisted in a battle against the self, their bodies made war zones, with cancer as the enemy, medical professionals as infallible heroes, and treatments of search-and-destroy by any means possible. While this metaphor may serve to motivate some women, we should not accept it uncritically as the only and right way to make sense of this disease; furthermore, we should recognize how the war metaphor delimits the ways women can talk about breast cancer, potentially silencing women for whom a combat mode is inappropriate or ineffective,” says Dr. Garrison.

And yet some will still say that to use war-like analogies when speaking of cancer is nothing more than a harmless metaphor. But far from being harmless, the use of such language becomes pernicious when it is allied to notions of failure.

A lesson a physician will never forget

Oncologist, Dr Don Dizon, tells a story about taking care of a young patient with ovarian cancer during his first year as an attending physician at Memorial Sloan Kettering Cancer Center. The patient had just relapsed from first-line treatment and in his discussion with her about the next steps, Dr. Dizon explains that, “despite the failure of first-line treatment, there are many more options for you.”

The doctor was stunned by the patient’s tearful reaction to his words: “You make it sound like this was my fault, like I did something wrong!” she said. “I’m sorry I failed chemotherapy, if that’s what you think, and I’m sorry I disappointed you.”

It’s a lesson Dr. Dizon has never forgotten, as he describes in his own words: “It was never my intention to place ‘blame’ on something so devastating as a cancer recurrence, and I certainly did not mean to imply that she had failed. These many years later, I still consider this encounter a watershed moment in my career as an oncologist.”

Since then, Dr. Dizon has become sensitive to words and phrases, particularly when they are used in reference to patients, treatment, and circumstances surrounding recurrent disease. “Words are powerful,” he concludes, “and despite our best intentions, can hurt—this is true in life, and it is true in oncology.”

So if you believe that the words we use to describe cancer matter, how should we begin to conceptualize it? Rather than speaking of cancer in any bellicose terms, it is far better to communicate that we are “living with cancer” for as long and as well as we can. And when a person dies, let’s not say he/she has lost anything, but rather that person has died after living with cancer for a period of time.

Words matter a great deal in life, death, and everything that comes in-between, so let’s commit to choosing our words carefully each time we come to speak them. 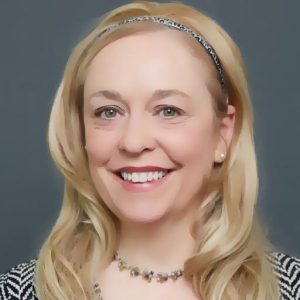 A Stanford Medical School ePatient scholar, Marie Ennis-O’Connor is author of the award-winning blog, Journeying Beyond Breast Cancer, one of the most widely-read cancer survivorship blogs, reaching a global audience of patients, researchers, and healthcare professionals. Marie was diagnosed with breast cancer in 2004. Since then she has been living well with cancer and through her writing, speaking and research is a passionate patient advocate.