Around the World in 48 Hours: International Urology Journal Club Begins on Twitter

What Is Urology Journal Club?

Urology Journal Club is a well-established, worldwide tradition.  Once a month, attending and resident physicians gather together, usually informally at a restaurant or eatery, to critique recently published medical journal articles and debate how these articles might impact the future practice of urology.

A couple of weeks ago, a Canadian urologist, Dr. Mike Leveridge, posted comments from his local journal club onto Twitter.  Dr. Henry Woo, associate professor of urology in Sydney, Australia, saw these tweets and, after conferring with colleagues, proposed the creation of an International Urology Journal Club using Twitter.

An International Conversation and Twitter Hashtag is Born – #UROJC 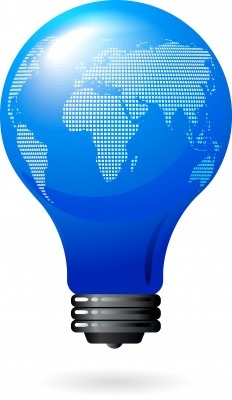 Two weeks later, urologists from Australia, Europe, Canada, and the United States participated in a Twitter discussion on an article written by Dr. Jesse Sammon and associates at Henry Ford Hospital in Detroit, Michigan. The discussion centered around the effects of regionalization and procedure volume on robotic assisted and radical prostatectomy.

This first International Urology Journal Club discussion on Twitter took place over a 48-hour period as physicians from around the world weighed in on the Sammon paper and the comments of other participating urologists. At the end, Dr. Benjamin Davis, associate professor of urology at the University of Pittsburgh, was recognized for “best tweet” during the discussion.

What made this international discussion possible? The Twitter hashtag. A hashtag, in this case #urojc, is a method of organizing posts on Twitter around a specific topic.  Once the hashtag has been selected, a Twitter chat can be organized around the hashtag.  In this case, Dr. Woo selected the time, topic, and format for the discussion.

The entire #urojc transcript from the November discussion is available via Symplur. More information on the #urojc hashtag can be found here.

The next International Urology Journal Club discussion will begin Monday morning, 7:00 am ANZT, December 3rd, 2012. See World Clock below for corresponding times in the U.S. on December 2nd.

The article for the December International Urology Club discussion is on the “Final Results of an EORTC-GU Cancers Group Randomized Study of Maintenance Bacillus Calmette-Gue´rin in Intermediate- and HighriskTa, T1 Papillary Carcinoma of the Urinary Bladder.” More can be found at @iurojc on Twitter.