Recently, I had the honor of writing a guest blog post, Twitter Chat Tools for International Urology Journal Club for BJUI (@BJUIjournal).

One of the many rewards of writing a blog post is getting feedback on your thoughts, ideas, and opinions from other readers by way of the comments. Dr. Prokar Dasgupta (@prokarurol), Editor in Chief of BJUI, recently added this comment to my post.

“Brian – I am slighly confused.  Ben ‘the King’ Davies advised against using hashtags.  In fact, there were none in his BJUI January blog. What does the editor do?”

Dr. Dasgupta’s comments were in reference to a  previous post by Dr. Benjamin Davies (@daviesbj)  in which he advised physicians against adding inappropriate or silly hashtags to their tweets.

What are Twitter Hashtags and Why are They Important? 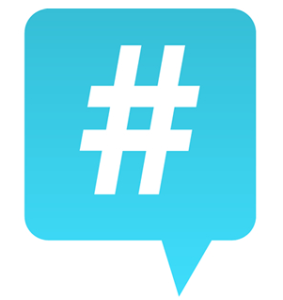 Early Twitter users were excited about the potential of the Twitter platform. They found themselves limited, however, by an inability to organize their Tweets around a given topic. The hashtag symbol was proposed as a solution to this problem, and was quickly and widely adopted.

Adding a hashtag to a tweet is now a standard way  of sharing information, thoughts, and  ideas about a given subject with a specific Twitter community. You can also follow a hashtag to learn about a specific topic or group of people on Twitter. Tweet chats are Twitter discussions centered around a hashtag, and are a great place for individuals with special areas of expertise to share their knowledge. Tweets that contain an appropriate hashtag are easily accessible to researchers investigating a specific topic or attempting to identify experts in a given field.

If you are interested in learning more about hashtags, I found this resource to be very helpful and informative: Twitter Hashtags 101: Complete Guide to Discovery and Power.

For the past several months, I have been interested in using Twitter as a platform to generate discussion and help promote our local Episcopal church @StJohnsEpisGH. Each Sunday, our parish hosts a one-hour discussion about the important issues taking place in our community and in our Diocese. In an effort to draw attention to this forum, I thought it would be a good idea to Tweet these discussions as they were happening in real time. I chose a hashtag that seemed appropriate for the discussion and began tweeting.

What I didn’t realize at the time was the hashtag I thought that I had created (but failed to fully research)  was already being used by another Twitter community. Consequently, as I began tweeting about my church, I started to interrupt and distract from the conversation already occurring on that hashtag.  These actions were soon brought to my attention by a member of that hashtag community. As a result, I apologized to its members, and fortunately, was forgiven for my blunder.

While no particular group or individual technically “owns” a Twitter hashtag, the lesson I learned was to be  respectful, and to actively research a potential hashtag prior to using or creating it.

The Difference Between Smart Hashtags and Silly Hashtags

Experience has taught me to be responsible, and to think carefully before adding a hashtag to a Tweet. Hashtags are powerful tools. When used appropriately, hashtags add value to your Tweets by linking you to a specific community. Thus, Dr. Davies’ thoughts and comments about hashtags are valid and relevant. You want to avoid “silly” hashtags or those tied to the wrong community. Use hashtags, but choose wisely.