The Citadel – Catalyst for Healthcare Change 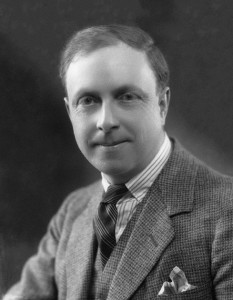 Recently, Mr. John Walsh, NHS Leeds, wrote an excellent post entitled “Seeds for the Future” inspired by twentieth century physician and author, A. J. Cronin. Dr. Cronin is author of “The Citadel“, a book that facilitated profound healthcare changes in the United Kingdom, and went on to win a National Book Award in the United States. In this post, I reflect on John’s post, and share in his passion for the power of words and ideas to drive meaningful change.

“Our words and what we share can shape the future.” – John Walsh

The Citadel is the story of a young and idealistic physician, Dr. Andrew Manson, who quickly becomes immersed in the dysfunction and injustices of the medical system in which he practices. Over time, the pressures of practicing in this system begin to change his values and his outward character.  In the end, it is only through self reflection, after the harsh critique of a longtime physician and friend, that Dr. Manson is able to rediscover meaning and purpose in his profession.

The Citadel is credited, by many, with igniting controversy and an ongoing conversation that ultimately lead to the formation of the National Health Service.

In the past decade, in the United States, we have witnessed dramatic changes in the organization of our own healthcare system.  One positive result is that more patients now have access to healthcare.

Patients also readily have at their disposal new tools which they can use to not only research information about their own illness, but also objectively measure and monitor it. In addition, social media has made it possible for patients to come together, form communities, and provide support for one another in ways never previously imagined.

More and Less Meaningful for Physicians 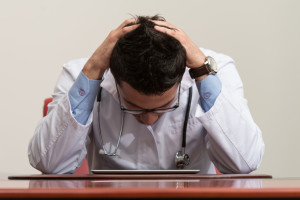 At the same time, relationships between patients and providers are becoming increasingly strained.  Meaningful use requirements in the United States have forced physicians to practice differently.

Physicians now spend more and more of their time entering data into computers. Providers stare into fluorescent screens at hospitals at clinics. In the process, they find, they barely have time to talk their patients, their staff or even one another.

Doctors, who endured the rigorous training in order to have the privilege of serving patients, now find themselves serving data to government, payors, and large institutions.

Once this data is entered, we are repeatedly finding, neither the patient, nor the physician, have any real control over it.

Physicians, not surprisingly, are increasingly becoming burned out, taking extended periods of away from medicine or simply retiring early. Physician burnout is not just happening in general practice, it’s happening with increasing frequency in my specialty of urology.

Cronin’s writings remind us of our responsibility, as physicians, to bring issues that adversely affect our patients, our profession, and ourselves out of the dark and into the light.

Every physician has a story to tell

Each generation of physicians experiences its own unique obstacles, challenges, and frustrations. Every physician has his or her own story to tell.

Modern physicians have an unprecedented number of tools, including Twitter, Facebook, blogs and good old-fashioned pen and paper, with which they can share their stories. What remains to be seen is to what degree my generation of physicians will follow in Dr. Cronin’s footsteps, and to what degree our efforts will result in meaningful change.

I would like to take this opportunity to thank Dr. Glenn Janus who, twenty five years ago, encouraged me to read “The Citadel” while I was an undergraduate at Coe College in Cedar Rapids, Iowa. Though I may not have fully appreciated it at the time, in retrospect, it was very sage advice.

I would like to thank Mr. John Walsh, @johnwalsh88, for suggesting this Transatlantic collaboration. It has been a pleasure to get to know John. I’ve found his writings to be not only inspirational but also motivational.

Finally, a special thank you to Marie Ennis-O’Connor, @JBBC, for introducing me to John, and to Angela, @healthiscool, who first introduced me to blogging and continues to help me find my voice.