Movember: Stand with Our Patients and Engage as Widely as Possible 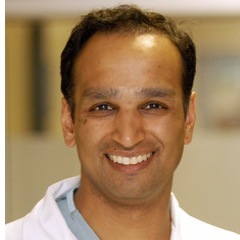 This is a Guest Post by Dr. Rajiv Singal.

Many of my colleagues often ask about the point of engaging in “social media.”  Like me, they probably first heard about Facebook a few years ago, and only see it as a tool best left to kids and celebrities.  About a year ago, I decided to explore social media a little harder. I noticed that virtually every journalist I respect, every news outlet, and even most medical societies had a Twitter page.  The potential for engaging with colleagues, and promoting issues that are important to our patients and our specialty, soon became obvious to me.

Dr. Stork recently wrote a piece about the first year anniversary of International Urology Journal Club on Twitter that uses the hashtag #urojc.  Perhaps the most impressive part of this experiment has been how #urojc has engaged a large group of urologists from around the world to establish unique professional relationships. Our international meetings, often attended by over 15,000 urologists, can never compete with this reach.

Movember: Engage as Widely as Possible

As many of you know, every November since 2003, a grassroots campaign has occurred to promote the goals of prostate cancer and men’s health.  Of course, I am talking about Movember.  Last year, $120 million was raised around the world, and I suspect this year will be even better. I have always felt that Urologists should take a lead role this month, to stand with our patients, and engage as widely as possible. I wrote about my own personal motivation last week in a piece for the British Journal of Urology International.

Through my relationships with my #urojc colleagues, I hope to make Movember 2013 the biggest yet. I was invited to write a guest post on the site of Australian urologist (and fellow urotwit) Dr. Nick Brook.  Our very own Dr Stork, in the spirit of international cooperation, and to present a common front in the care of our patients, has joined my local Toronto East General Hospital Department of Surgery team.  I have been given notice that several of my international colleagues will also cross borders to join.  The month has only begun, and I have already raised over $5,000. You can visit my donation page  if you would like to contribute to me, support Dr. Stork, or simply get “mo-ing”  yourself.  The women in our lives can join us as “Mo-Sistas”. 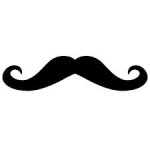 Brian and I look forward to a great Movember 2013!

Dr. Rajiv Singal is a Urologist at the Toronto East General Hospital, and an Assistant Professor in the Department of Surgery at the University of Toronto.