A Change to Hearts – When a Little, Means a Lot

Over the past few years, I’ve used Twitter for all kinds of things. I’ve used it to share health information, participate in conversations, engage in professional 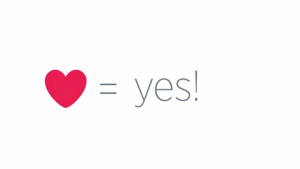 learning, and raise awareness. Last week, I even used it to take a poll.

Until recently, I mostly thought of Twitter as an information-sharing platform. Then, this past week, Twitter changed the icon for its favorites from stars to hearts.

It’s kind of amazing how one small change can, on one hand, be so controversial, and on the other hand, potentially mean so much.

Last week, our family friend Dr. Craig Alguire, was diagnosed with a brain tumor. Craig is a cardiologist who grew up in Grand Haven, Michigan, and now practices just down the road in Grand Rapids.

Craig comes from the kind of family we all wish for – a family that cares for one another, and for their community. When my wife and I first moved to West Michigan, Craig’s sister and brother-in law, Amy and John, were instrumental in helping us get settled into our new surroundings. We remain, to this day, best of friends.

As a surgeon, I’m trained to fix problems. I like fixing problems. Unfortunately, this isn’t something I can fix.

Fortunately, Craig’s family has been open about his condition. They’ve embraced the Love of a community that, for so long, they themselves have served.

As friends and loved ones in these situations, it often feels like there is nothing we can do. It turns out, Twitter knowingly, or unknowingly, has just provided us with something we can do. When you stop and really think about it, hitting that little heart icon is a great way to show Love and support – especially when, for whatever reason, you physically can’t be there.

With the right intentions, those little hearts might also be a way of offering up a tiny prayer.

A Blanket of Hearts

When we don’t feel well, sometimes nothing feels better than the comfort of a warm blanket. One way we can help Craig and his family is to provide them with just that. As he recovers, let’s wrap Craig up in a blanket of Twitter hearts and Love.

Please consider sending a piece of your heart to Craig and his family, via Twitter, to hashtag  #ImWithCraig