Home > Physician Blog > Things I am Thinking About > Heifer Releases “World Ark” App: A Gift that Keeps on Giving

At this time of year, many struggle to find just the right gift for family, friends, or business colleagues.  When asked, however, many people acknowledge that they already have most everything they really need.  An estimated 79 percent of Americans would rather have a donation in their name than a gift they’ll never use. 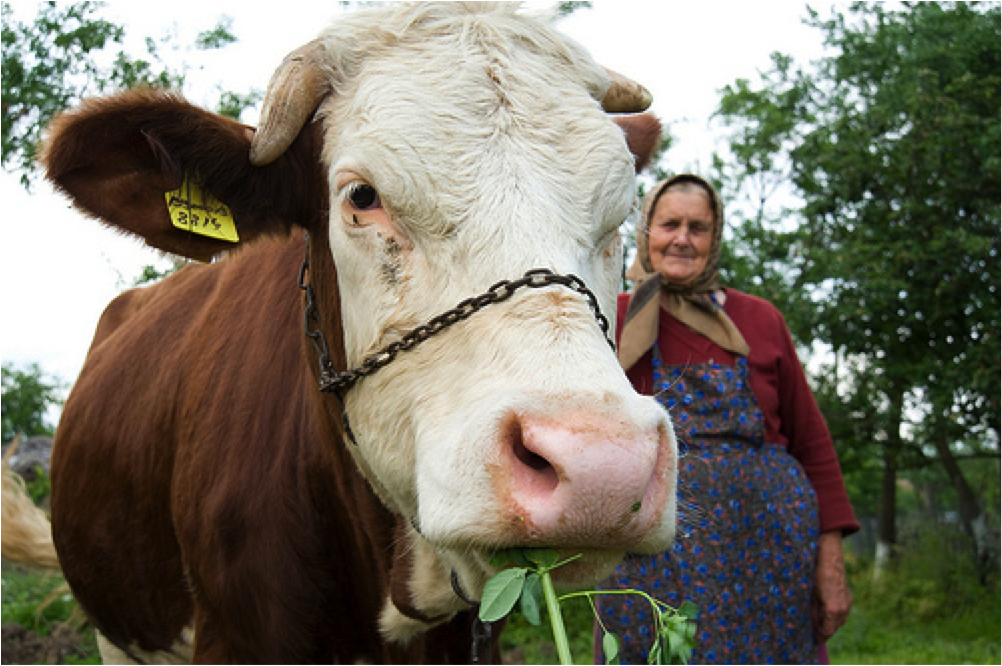 Salajan Maria Marius, 75, tends to Mendruta, a Romanian Spotted Cow her son Salajan Marius, received through Heifer, on their family farm in the village of Giurtelecul Simleului, Romania.

What is the Heifer Project?

Heifer International is a not for profit international development organization that works with communities all over the globe to end hunger and poverty.  It all started with a group of cows donated to needy families in Europe following WWII .  Heifer provides families not only with food producing livestock but also with education on sustainable agricultural practices.  Over the years, the program has expanded to include nearly 30 different types of animals including honey bees, silkworms, goats, sheep, and water buffalo.

Once families have these resources, they have an opportunity to lift themselves and their families out of poverty, and become self-reliant.

Families that receive assistance from Heifer  are expected to donate animal offspring or “pass the gift” to other families in the community.  Thus begins a cycle that ultimately leads to stronger, healthier individuals and communities.

Beyond Traditional Print – A New App is Born

For years, Heifer International has shared how the program changes the lives of families and communities in its print publication, “World Ark”.  Just recently, Heifer announced it has launched an application for the iPad and Android tablet.  The app will allow Heifer to move from keeping supporters informed about programs to actually giving Heifer the ability to engage donors and volunteers about ongoing issues surrounding hunger and poverty.

The app allows Heifer to share more content, reduce waste, and reduce printing costs over time.  In the future, increased awareness and administrative savings should result in increased funding being distributed to the communities and families that need it most.

You can download the new app on your iPad or Android tablet.

Heifer International has a proven model for improving the lives of impoverished communities and hungry families.  Donating to Heifer, either personally or on behalf of someone else sends a powerful message.