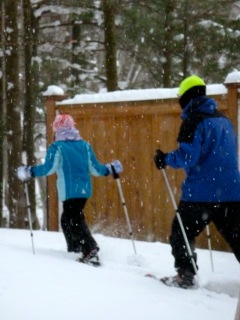 Enjoying the Michigan winter with my daughter.

Several months ago, while lying on the couch, I watched a BBC special about fitness. One of the things about the show that struck me as interesting was recent research identifying the importance of routine, daily (non-exercise) activities, or NEAT, in maintaining a healthy weight and improving overall health. After watching the show, it became apparent to me that it was time to get off the couch.

Over the years, I have have found that, in general, important concepts generally acquire overly complicated names and/or acronyms.  Non-Excercise Activity Thermogenesis or NEAT is no different.

Thermogenesis refers to the body’s ability to create heat.

NEAT, therefore, is the activities of daily living that help us burn calories that do not involve formal exercise. Recent research by Dr. James Levine at the Mayo Clinic has shown that our NEAT activities are actually more important than our exercise activities in maintaining a healthy body weight – activities such as taking the stairs instead of the elevator, walking instead of making short trips in the car, standing instead of sitting, and going outside to play with the kids. 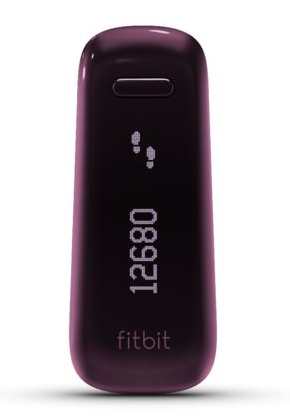 One of the challenges I initially encountered was measuring my baseline NEAT.  Over the years, I realized that my life had become more mechanized, but I  didn’t have any way to measure how inactive I had become.

Fortuitously, my wife and I were given Fitbit® One™ trackers for Christmas.  Fitbit® One™ is a small tracker that I clip to my inner clothing that measures, among other things, how many steps and stairs that I take during the day as well as how many calories I burn over the course of a 24-hour period.  The device then uploads that information to my iPhone where I can graph it and follow my level of activity over time.

The Impact of Knowing One’s NEAT

When I first started reviewing my Fitbit data, I admit I was shocked and embarrassed. It was a real wake-up call to find out how few calories I was burning on an average workday.  I routinely came home tired at night, but it clearly wasn’t from physical activity.

It was a moment of truth to find that many days, even after being in surgery, I was burning fewer than 2,000 calories per day.

Having this information was real motivation, and I was able to use the Fitbit to set up steps per day and calorie burning goals.

As I started to get feedback from my Fitbit about the number of calories I was burning per day, I began to make different choices when it came to eating. Suddenly, a can of Coke and a one-half of a pizza for lunch didn’t sound so great when I realized how far I would have to walk to burn those calories off.  A small container of yogurt and a fresh apple became much more appealing.

As I increased my NEAT, I started to lose some weight and experience an increase in muscle tone. I came to realize that I wasn’t going to meet all my fitness goals simply by increasing my NEAT. So, I started exercising again, thus becoming even healthier by adding Exercise Associated Thermogenesis or EAT – no pun intended.

Over the years, my wife and I have both made attempts to improve our own health, and the health of our family. Typically, these attempts occurred at different times, and, as a result, they were not sustainable. What surprised me most about Fitbit® is how it has has been able to get us both on the same page at the same time about health and fitness. Recently, my wife was circling me in the kitchen announcing she was “walking circles around me” to get her step count up.  I couldn’t endure the shame.  I went outside and took the dog for a walk.

Tracking your daily activities is part of a growing movement called Quantified Self. How are you tracking your activity and calories? Share your experiences with me in the comments!